Digital education should be a sustainable development goal 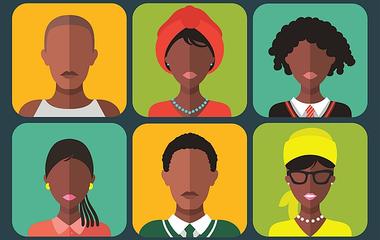 Digital education should be a sustainable development goal

The Association of Commonwealth Universities (ACU) wants access to digital education to be included in the United Nations Sustainable Development Goals (SDGs) to achieve equity in access to education, including tertiary learning.

The association will petition the United Nations (UN) to include access to digital education in SDG 4, which seeks to ensure inclusive and equitable quality education and to promote lifelong learning opportunities for all by 2030.

“We will be lobbying the UN when we have high-level policy dialogues about higher education and through the sustainable development networks route, and the commonwealth education ministers’ meeting, to say that digital infrastructure and digital pedagogy are an absolute priority,” said Dr Joanna Newman, the ACU secretary general.

She said the problem of lack of access to digital learning was both “fundable and fixable” and would go beyond university training to benefit the lower levels of education.

The ACU, said Newman, would present the findings of its recent survey to the UN, to demonstrate the extent of the inequalities that exist in accessing digital learning. The petition would also demonstrate the critical role of remote learning in promoting education for all, and ask for more resource allocation to enable students to study remotely whenever the need arose.

“We will be presenting the result of our survey of members across Commonwealth countries to ask that more resources be given to providing students and staff with access to data and equipment so they can study remotely if necessary,” she said during a webinar on international access to education on 4 November.

The ACU study revealed a huge digital divide between the Global North and the Global South, informed by a lack of digital infrastructure, devices and data.

It had further revealed a ‘double divide’ within institutions, in which many undergraduates lacked infrastructure for digital learning when compared with those undertaking postgraduate studies.

The survey, conducted in May, involved some 258 respondents from 33 countries, 44% of whom were academics, 25% staff and 17% students. Africa produced the highest number of respondents.

Not surprisingly, the ACU authors recommended that governments invest in tackling the digital divide through funding, outside financing and public-private partnerships. It called for the coming together of university leaders, telecommunications companies, global employers and students to “develop a common agenda for the future of digital higher education”.

Under Sustainable Development Goal Four, 10 targets have been set including target number three on the right to post-secondary education. It seeks to ensure “equal access for all women and men to affordable and quality technical, vocational and tertiary education, including university”.

The scholar observed that there existed a “North within the Global South”, characterised by universities and countries where education was of good quality, such as South Africa.

“As a result, we have those who can afford moving down to South Africa from the rest of Africa for quality education in a north-south movement,” she observed.

The “unequal pattern of engagement” between the North and the South could change under COVID-19, she noted. Fewer students could be moving to America and Europe due to the pandemic and, instead, studying remotely from home, thereby accessing top-quality education offered abroad.

Overall, she said, there was an urgent need for “new thinking”, so that good-quality education was not a preserve for just a few.
X
×
You must be logged in before using WishList. To login click here